The new song and music video by Sia titled The Greatest, released on 6 September 2016. Here you can watch the video and read some reviews. Maddie Ziegler is the dancer. 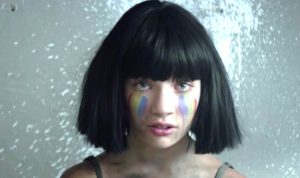 “If I had a dollar for every time someone asked me why Sia doesn’t show her face. I’d be a billionaire. The only answer is that she is an artist and her work speaks for itself. To add Kendrick on this track was beautiful. I can’t wait to see you live Sia.”

“Sia is an really an amazing woman. She really can’t ever let me down. I can’t believe she is already publishing a new song after such a short while from her last album! Sia is that kind of woman where you think, “wow. Only God could have given her that talent.”

The Greatest by Sia Dedicated to Orlando Shooting Victims

The Greatest for Orlando Victims

“I think Sia is changing as an artist becoming more experienced and I love how she’s changing her sound as an artist. It’s different from some of her older ballads, and I feel it’s interesting she features a rapper. It shows how much she’s grown in the music industry all together, Sia is exploring different genre.”