Bohemian Rhapsody by Queen in a youtube music video and some reviews about the album of their Greatest Hits.
A true proof that sexual orientation means nothing, Freddy Mercury was a fantastic singer, who, much like Bon Scott, was taken from us a million times to early. Most Queen songs go unlistened to, mostly because of the ones that topped the charts, making casual listeners disregard the rest. 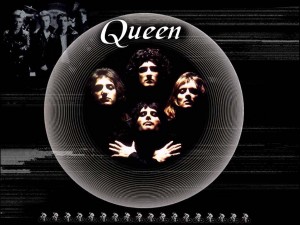 From the more unknown section, I’d recommend Seven Seas of Rhye, Crazy Little Thing Called Love, and Who Wants to Live Forever. The chart toppers are great too, but do not count out Queen’s other songs, because you’ll be depriving yourself of a great experience.

They have got all my favorite songs! Bohemian Rhapsody, Killer Queen, We Will Rock You, I Want It All, and We Are The Champions. 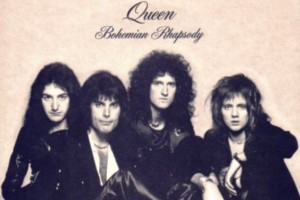 The one album to have Bohemian Rhapsody, one of the best songs ever written, composed, and played, is truly the Greatest Hits Album. If you’ve ever heard that song, you know its a meaningful song, and a little humorous.

You cant tell me that “Galileo! Galileo! Galileo! Galileo! Galileo Viguro (or however you spell that)! Magnifico!” is not funny! The switch from the high pitched, squeaky voice to the deep, accented voice on the Galileo parties a good twist! Well, anyway, one could argue, but they wouldn’t get anywhere, because this is the true Greatest Hits album.