Miranda Cosgrove in dancing crazy.
I know she sounds a lot like Ken$ha, but what most people don’t know is that Ken and Avril Lavinie worked with Miranda on her Sparks Fly Album. So, I’m sure the Ken$ha vocal teaching “rubbed off” on her. Its not a bad thing at all. I think she’ll go far in this world and I’m buying this song =) I hope she breaks out of her kid image and transforms to the adult music industry with flair! Also to all the haters, I bet if you were blindfolded and forced to listen to Miranda Cosgrove , Milly Cyrus, Justin Briber, WITHOUT knowing who they were, you guys would probably LIKE it. 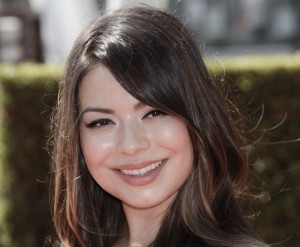 SO many immature people put up a mental block when they hear those names, automatically writing the song off as “Crap” because “They” don like that artist and they feel they must “Hate them” I’m twenty six, I don’t feel “stupid” or “immature” or “pedophile” for liking to listen to Miranda, Milly and Justin. They have sweet lyrics that everyone can enjoy. Its no different than listening to ‘adult’ music, only difference is the lyrics aren’t swearing, and that doesn’t make you ‘grown up’ it makes you childish if you rate your music based on the four letter F word. 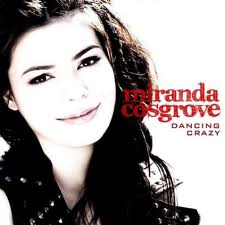 This song is not bad. Decent beat, well produced, I could do without the annoying accent at certain parts of the chorus but all in all it makes me wanna get up and dance and that’s it’s purpose. I can tell having Avril come in and write this for Miranda was an attempt to help Miranda mature musically which it does in some respects but come on “I like u u like me we get together and were happy”. Miranda is 18 and I can only hope more mature than silly crushes. So overall this is an OK song with cutesy vocals. The only thing that makes this listen able is Miranda in all honesty if this was any other singer I wouldn’t waste my money.