After Miles Davis So What video here is another jazz youtube video masterpiece from the well known album Kind of Blue.

Miles Davis lets his trumpet moan and cry with this powerful and influential album. This may be the greatest Jazz album of all time along with John Coltrane’s “A Love Supreme”. Miles Davis has crafted a jazz record of great ability and even greater musicians. Smart, Funky, Smooth, and Deadly: Miles Davis’ masterpiece is destructive and beautiful. 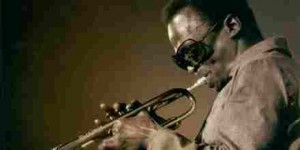 Reviews about Miles Davis Kind of Blue from Itunes

Some interesting reviews about Kind of blue by Miles Davis.

This is the album that turned me into a jazz pianist -composer- -specifically Flamenco Sketches. I was a violist until I heard Bill Evans; that’s what did it. At risk of offending anyone, what really drives this recording is Bill Evans. Not only his comping and restrained soloing but his writing. When I visited Bill at his motel in Los Angeles on his 2nd visit, I spent 3 hours with him talking about a great many things (even sports), but at last I came right out and asked him, “did YOU write “Blue And Green” and Flamenco Sketches?” Sheepishly, he replied, “yes”. I am NOT trying to denigrate Miles, but it is a fact that he often took writer’s credit for material that he did not compose. 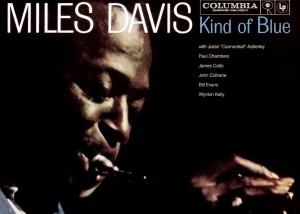 It is obvious to we musicians who have spent decades studying our craft, that the style of those aforementioned songs indicate that music HAD to be written by Bill. Miles plays brilliantly–as do ‘Trane and Cannonball (and the rhythm section), but the ambiance of this recording is due to Bill’s contributions. I have been playing piano and writing for 46 years now, and it is all because of Bill Evans and Kind Of Blue.

On a cold winter day, put on Blue In Green, warm up to a cup of hot chocolate, or coffee, or tea, or even something delicious like cognac, and listen to this song while watching the snow fall in New York City outside your window; and tell me if there is anything that compares to the beauty of the moment you will experience: trust me, its pure magic.