A new youtube music video by Miachel Jackson and Akon in Hold my hand. For the most part Michael Jackson is singing on most of the tracks for this album. I am a serious hardcore fan and if you are to then you would notice which songs are him and which are not.
There are ten tracks and seven of them are him singing on definitely. The seven songs would be Hold My Hand, Hollywood Tonight, The Way You Love Me, Best Of Joy, Another Day, Behind the Mask and Much Too Soon. 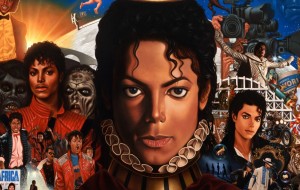 The other three Breaking News (An obvious one), Keep your Head Up and Monster are sadly not him. I would had love to hear Michael Jackson sing these three songs. I’m very angry at Sony for being deceptive towards Michael’s fans for this album.

All in all the the album is awesome besides the three songs that are not him. With that said I cant wait for Michael’s next album. I just hope Sony does not use some artist (Jason Malachi) to sing Michael Jackson’s incomplete songs. I’ll accept them the way they are unfinished.