Eric Clapton is truly one of the gods of classic guitar, and easily considered one of the greatest guitarists to ever live.
“Cream of Clapton” is definitely a compilation of Clapton’ s best and also his greatest songs from the Cream era. 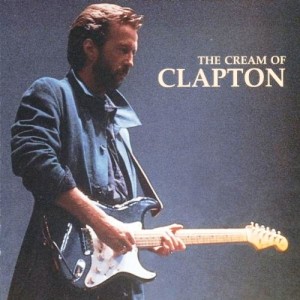 The only thing I think they are missing is songs from The Yardbirds, one of Clapton’s lesser known bands, but it was a great band at that. It hadÂ such lead guitarists as Eric, Jimmy Page, and Jeff Beck. That’s all i think is missing from this CD

All Claptons best, most memorable and amazing work is crammed on to one CD, with great songs from his days with Cream such as the great-riff ed “Sunshine of Vour Love” and solo-filled ‘White Room”. Also “Layla”, arguably the best song of all time with Clapton’s name attached to is featured, with Duane Altaian’s Gibson Les Paul sliding along behind Clapton’s memorable riff. Also, great solo work such as the memorable single “Cocaine”, the Bob Marley cover “I Shot the Sheriff”, and the wonderfully slow “Wonderful Tonight.” If you’re looking for the best of Clapton, this is it.

I Shot the Sceriff Video