Eminem’s Love the way you lie featuring Rihanna and some great reviews from his fans. Eminem’s new album is part inspiration for anyone who has ever suffered from addiction, part heartbreak and love, and part pure lyrical domination. Some people aren’t happy with Em’s choice of including pop artists on his tracks, or the fact that some of the beats mixed with guitar are too trendy. With that said, this is the album Em wanted to put out, and it sounds like he’s secure with that decision. 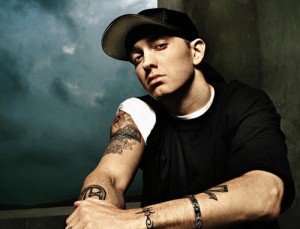 Love the way you lie : Eminem

I love the album and I am glad Em is at the top of the game, recovering, and feeling at the top of the world. This album is definitely one of Shadys best. I had the leak version and when i listened to it i was awestruck by the amazing lyricism. So it was so good it didn’t feel right getting it free so i bought it definitely a must have for any rap/hip hop fan.