Let’s not beat around the bush. There really are two Elton Johns: one, the singles artist that has no problem coming up with chart confections that make up greatest hit collections like this; and two the album artist, some of whose best tracks remain on the LPs (or CDs), never released in single form. This set celebrates the first Elton, and does so admirably, though it would probably be pretty easy to pull a second disc with more singles goodies. 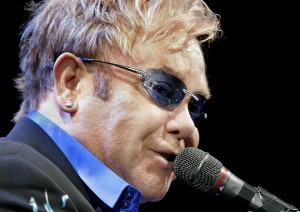 A set collecting his best album tracks, would be arguably harder to stage, since everyone’s got their personal favorites and this set looks at documented top of the charts position only as its source. Emotion and sentimentality are left out of the formula, which is fine. Why he ruled the 70s (and still is a force in the years beyond) is easy to understand, and if you’re looking for one disc to leave in the car changer, this is a great pick.

Oh, and on a personal note, in deference to one reviewer, I love the Beatles version of “Lucy…,” but if anyone could improve on the track, it’s Elton, whose take on the song actually takes it to a higher plane of existence. No surprise, really, since he worked on it with John Lennon.the song’s author, who also was said to have told Elton John’s producer, Ous Dudgeon, he liked this version better as well.