Duran Duran All you need is now : youtube video

Youtube music video by Duran Duran’s All you need is love and reviews of their music.
I’m a DJ in Minneapolis who primarily plays new in die releases along side of classic new wave, punk, post-punk, glim, electro and have stood by Duran Duran since day one (or at least the day I was first introduced to them thanks Martha Quinn).
I have worked in the music industry for almost 20 years whether it be through record stores, labels, radio, clubs, promotions and have taken my fair share of knocks for always standing by Duran. Sure, like many, their first three releases are my staples along with a few tracks from records that followed them. 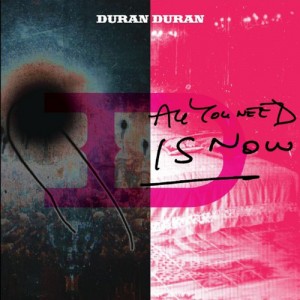 I’m proud to say today though that this complete album fits right up there on top with those early new wave & artistic releases of theirs. Duran came from solid influences (Bowie, Roxy Music, Velvets, Japan, Kraft, Chic, etc) this record once again proves that. It’s a record for their core audience and it serves them justice. It’s the record so many of us have been waiting for and always knew they could come back to. And Mark Ron son, massive props to you for being a true fan and knowing what not only you but also us wanted to hear. It’s completely relevant and modern sounding with plenty of classic Duran signature sound to keep every listener satisfied and intrigued. I will be hosting a release party once the physical copy comes out in Feb, and I can already tell you the club will be at capacity crowds. Is There Anyone Out There you’ve wondered? Yes there is, and this is what we’ve been waiting for!

Youtube music video by Duran Duran : All you need is now

I have been a loyal Duran Duran fan since the beginning…Duran Duran were my idols in the 80’s. I have liked some of their albums since Seven and The Ragged Tiger, but most have only had one or two pop songs I liked. I always wished DD would go back to that dance driven heavy synthetic sound with their own “mysterious” sound, that was very synthesis like “The Chauffeur”. I hear this in “The Man who Stole a Leopard”, this song is a masterpiece! Also, I can’t help but jump off the couch when I hear “Girl Panic” and “Being Followed”. Those two songs are straight balls to the wall old school Duran Duran and nothing short of brilliant! I love the whole album, but am questioning why “All You Need is Now” is the first single, as it’s one of my least favorite. It’s a good song, but the harsh synthetic parts seem to not go with that particular song. I would rate the album MORE than 5 stars if I could, as I love probably 6 of the 9 tracks, which hasn’t happened for me since Seven and the Ragged Tiger album.

Congrats guys, this album is a triumph and might see you back in the top 10! This is what your fans want to hear, keep on this track and you’ll be unstoppable.