Youtube music video Well, well, well by Duffy, the beautiful blond rhythm and blues and pop singer and a positive review about her album title Endlessly.

Duffy is one of my favorite artists, and after reading some of the reviews I understand how some people are disappointed. At first her trademark vibrato was pushing my limits and I resorted to shuffling the songs with Rockferry so I could balance it out a bit. But then I started skipping the songs from Rockferry and started liking more and more the songs from this record. 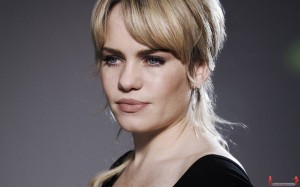 I admit it takes a while, it is not love at first listen as it was with the Rockferry record. Sophomore records are typically difficult for artists, especially when their first outing was so successful. I believe she made a good choice by collaborating with Albert Hammond, and the songs really do start to gain momentum after a few listens. “Don’t Forsake Me” maybe one of her best recordings.

Now I can put the record on and listen straight through and enjoy every minute. Which is exactly what she was hoping for us to do. Albert Hammond is an excellent songwriter and some of these tunes. I simply can not get out of my head. So listen again and you will also begin to see the difference a few extra plays makes.