Uptown Funk is a great success by Mark Ronson and Bruno Mars: the music video has had overÂ 1 billion views on YouTube. Here is some short reviews about the song ant music video.

“Bruno Mars has brought my angel back to me over and over; she lives in heaven now but his music brings her back because we lovedÂ his type of music and some of the lyricsÂ to his songs are “there”. I love to listen to his music and dance to it because she and I would dance to a lot of “funky” tunes, she died before Bruno hit the scene but tonight IÂ was dancing and listening to Uptown Funk and my iPhone screwed up and “I can only Imagine” started playing. I know some will hate me but it just tells me that his music makesÂ me happy and she tells me she is with me Love you Bruno.” 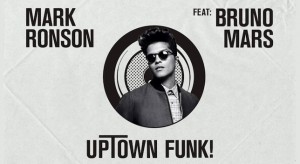 The music video was released on November 2014 andÂ was directed by Bruno Mars and Cameron Duddy. Uptown FunkÂ has over one billion views on YouTube, making it one of theÂ most viewed onlineÂ video of all time.

“Itâ€™s about time there is a song that could get everyone on the dance floor. Bruno has hit it out of the park with this one. Is there anything this man can’t sing? This song is a greatÂ old school feel, something that truly has been missing. I donâ€™t listen to the radio anymore because thereâ€™s not much on that makes you feel good. A great song to wake you up inÂ the morning. You start moving without realizing it. Thanks Bruno for this feel good song from your biggest fan.”