A great album by Bruce Springsteen, The boss of Rock music, title Born to run and a youtube video about a live concert on 1978 at the Memorial Coliseum, Phoenix, Az. Here are also a great music reviews about his album Born to Run.
I seriously love this album. I love the album cover probably even more. But when I listen to this album, I notice one thing; most of them seems familiar to me, as if I listened to this album before. It still a great album. Thunder Road-9.5 Am I the only one who thinks this song is slightly overrated? I mean, it’s a great song and all. But this is not his best. I’m sorry to say this. It’s a catchy song, no doubt about it.

Avenue Freeze-Out-10 Great song. I like the sax on this one. Night-9 Another good song. Though not my favorite song. Backstreets-10 Another great song. 6 and a half minute of greatness. Born to Run-10 Now everybody knows that this is his best song of all time. Very catchy. But somehow, this song seems familiar to me.

She’s the One-10The piano intro also seems familiar. And it’s turns out to be a great song with Bo Diddley beat to it. Meeting Across the River-8.5 My least favorite song on this album. But still a beautiful song. Jungleland-9.5 An epic song. First, it’s start slow than it turns into a full rocker. Than the best part came with the Sax solo by Clarence demons.

But it seems like I heard the Sax solo from somewhere. As a matter of fact, part of this song, including the guitar solo, seems familiar to me. Than came the slow part. I did not like the slow part, thus the only reason why I did not give it a ten. Than it’s ended with a piano playing crazy. 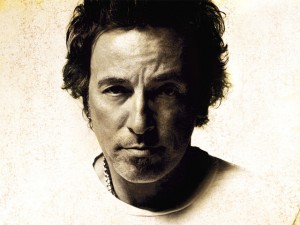 A great song. Again, I do not know why, but I believe I’ve heard part of this album from somewhere else. But this is a one of the best album I have ever listen to. If you ever want to buy this album, go ahead. You wont regret it.