Aerosmith : I don’t want to miss a thing : Armageddon soundtrack

I don’t want to miss a thing is a song of the Armageddon soundtrack album by the Aerosmith rock band. Here you can find the video and some reviews about the album titled Armageddon.
I only bought one song off of this album and I loved it so much I bought the whole album but my favorite song off this album is I Don’t Want To Miss A Thing by Aerosmith. I know it is a slow song for Aerosmith because they mostly play rock music but the words in that song are just so powerful it makes you feel somewhat sad like you want to cry. 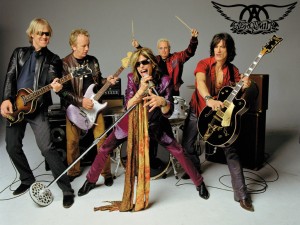 I don’t want to miss a thing : Aerosmith

Armageddon soundtrack : Aerosmith : I don’t want to miss a thing

The first time I saw the movie I cried like a baby and every time I hear that song it makes me think to that part in the movie when they sang it and it just makes me cry. I may be the only one who feels way or some people feel the way I do.

Look at this album. It’s full of great songs by great bands. ZZ Top, Bon Jovi, a couple really good Aerosmith songs, and even some Journey. And you may not like that style, but the theme from Armageddon is a beautiful, breathtaking piece of music. Being a classically trained musician, I know good music, and anyone who hates that piece clearly does not appreciate classical music.